CBL and Peter Harris’s Continual Fight Against the RBNZ

CBL and Peter Harris’s Continual Fight Against the RBNZ

From almost all perspectives, the future looked bright for the Auckland-based company, CBL Insurance, and its CEO, Peter Harris. Thanks in part to his visionary leadership, the small insurance company had grown into a thriving international organization.

With annual gross revenue of over $400 million, CBL became the success story as a result of hard work and fair play. Harris was named both “Entrepreneur of the Year” by EY Awards and “Leader of the Year” by the Australia New Zealand Awards in recognition of all he had done to grow his company.

With fellow shareholder Alistair Hutchison, the company was unfairly targeted by French insurers that led to an investigation by local regulator Reserve Bank of New Zealand (RBNZ). Their inexperienced liquidator subsequently lost all that CBL spent years building. However, despite the setbacks that the company experienced, leadership is still determined to optimize the financial outcome for CBL residual creditors and policyholders. Their intention to do right by all of those involved at CBL drives them today and they hope to put in process a plan over the coming months to do so.

From Small Company to Worldwide Success

Peter realized from his time working at banks that there was a great profit to be made taking a higher level of risk than most banks. They could mitigate most of this higher risk through innovative measures, such as credit enhancements, surety solutions, and guarantees. It was this realization that led him to take a chance on running his own company.

In 1996, Harris teamed up with Hutchinson to purchase the insurance company. It was a tiny business at the time, writing niche credit and financial risk insurance, and seemed destined to stay that way. However, Peter Harris and Alistair Hutchinson saw potential there that few others realized.

They knew that if they stayed in New Zealand, with a population of four million, there would not be very many opportunities to grow. In fact, the whole country was not much larger than many cities around the world. Harris and Hutchinson realized, though, that if they expanded their scope, it would be able to grow the company of their dreams. They scaled the company up through international opportunities and sought revenue opportunities overseas. Their timing was impeccable: the rise of the internet and email coincided perfectly with their business structure and enabled it to grow at unprecedented rates.

Peter led the way with his confidence, stamina, and patience. His persistence led the company as he realized that “no” only means “not yet.” During the early years, leadership was willing to sacrifice the short-term for the long-term good of the company. It took two years for the company to become profitable, and Harris was not paid during a large portion of that time.

The sacrifice, risk, and hard work at CBL paid off. The $2 million company with one office and three employees expanded to over $450 million with 540 employees, eight offices stretched over four continents. Their gamble on the international market paid off; over 98% of their revenue came from outside of New Zealand.

Because of their success, CBL was able to go public in 2015 and listed company shares on both the New Zealand (NZX) and Australian (ASX) stock exchanges. The company continued to grow and find success through its dedication to its core principles of “fair play and hard work and a focus on its clients and professionals.” As a result of their dedication, their shares doubled in value by 2017. The company entered the NZX 50. CBL reached a value of NZ$780 million.

Everything appeared to be looking up for the company.

Trouble on the Horizon

CBL and Peter Harris’s international specialization allowed them to provide coverage for French construction insurance. It started working in France in 2005 and quickly grew with its dedication to hard work and focus on its clients. 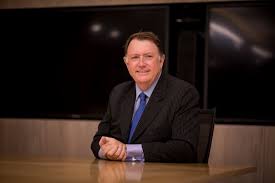 By January 2017, CBL became a significant presence and purchased 70% of the substantial French construction insurance producer Securities & Financial Solutions (SFS). However, the French government was less than impressed with an international company having such a significant part in their construction insurance. At a one-on-one meeting in Paris with the French Head of Insurance regulation (ACPR), the ACPR Head stated that he wanted to stop non-French insurance companies because, according to him, they did not abide by the “French way” of business. They worried that the insurance company was not conservative enough in its reserves. In early 2017, at the request of ACPR, the Gibraltar regulator (GFSC) commissioned PwC UK to report on the reserving for one of CBLI’s insurers, Elite. This action led the RBNZ to take a look into the business as well. They requested in July 2017 a review of FY16 of the French construction insurer.

CBLI engaged an independent actuary PwC NZ to see whether their reserves were adequate. The company confirmed that CBL maintained the correct reserves. However, RBNZ had already made their decision and refused to be swayed by the objective third-party.

Liquidation and Exit from French Business

During this time, unbeknownst to CBLI, RBNZ conducted an internal analysis in August of 2017. Despite the lack of objectivity, they decided to listen to the argument from the ACPR that the company’s reserve was not as high as it should be to cover future losses that could come in the next 10-12 years in the business. Although they provided assurances to leadership about their intentions with helping the organization, their actions were not consistent with their statements.

Without proper communication and a way to answer RBNZ’s internal review, CBL was left without a voice in the entire process. RBNZ’s secret-keeping and predetermined mindset left the company doomed and without any proper recourse.

The RBNZ could not prove that they were right but decided to take action anyway. They held a drawn-out investigation that was abandoned in April of 2018 without the report being completed or any outcomes. They requested a capital management plan and CBL delivered one in August of 2017. However, they refused to allow or even consider its implementation. The RBNZ put CBL in liquidation in 2018.

A confidentiality clamp was placed over CBL, which prevented leadership from being able to act on the situation and deal with it appropriately. It also kept them from being able to communicate with those who would be affected by the liquidation and reaching out to those who could improve the situation. Understandably, both leadership and shareholders were frustrated by the heavy-handed regulatory actions of RBNZ.

Harris and Hutchison opposed liquidation and tried to take proactive measures to ensure the solvency of CBL Insurance. They wanted to make sure that all policyholders and creditors were paid in full. Instead, an inexperienced liquidator lost all of CBL’s business and did not sell or save any of it. In 18 months, not one claim was paid.

CBL was purchased after this time by a large and experienced reinsurer. They acquired the French Construction policies at the value of CBL’s balance sheet, not RBNZ’s. The fact that the business was crystallized with CBL’s object balance sheet, as opposed to RBNZ’s, was an indictment on RBNZ’s figures that they used to liquidate the company. As a result, RBNZ took several controversial moves. These moves are still under the subject of legal review.

Peter Harris and the leadership team at CBL are not the kinds to quickly give up. Their persistence and grit enabled CBL to become one of the leading companies in New Zealand. It’s what helped lead the team as they built up CBL. Leadership even spent years forgoing pay to contribute to its future. They are also determined to fight for what is right and stand up for his principles. However, Harris and Hutchinson also knew to acknowledge when they had lost.

Harris and Hutchinson withdrew their opposition to the liquidation. Instead, Peter and Alistair turned their attention to prevent as much fall-out as possible from CBL’s collapse. Using his contacts and market knowledge in Europe, India, Asia, and Mexico, Harris funded the costs of a small team to build a new surety and guarantee business. This way, he can help employ his New Zealand team that helped him build up CBL to its height.

Unfortunately, the gag order forced on CBL meant that they could not give their investors and employees an ample warning about the company’s demise. He has turned his attention, then, to help everyone as best he can during their transition.

CBL still hopes that New Zealand policyholders can be paid in full. Its founders currently have a proposal that they are bringing to liquidators. Their thoroughly prepared plan allows everyone to move forward and overcome some of the setbacks that regulators forced upon them in the past.

THERE ARE ALWAYS TWO SIDES TO A STORY